Meng-Xing Tang
Details About the presentation

There has been an inherent compromise between the spatial resolution and penetration depth in ultrasound imaging. Optical super-resolution, through e.g. photo-activated localization microscopy (PALM), has revolutionized the field of fluorescence microscopy by breaking the diffraction limit of spatial resolution. However, a key disadvantage of such optical techniques is that it cannot penetrate deep in tissue and is not suitable for clinical imaging. Ultrasound super-resolution imaging, particularly through localizing spatially isolated individual microbubbles, is shown to be able to break the wave diffraction limit and offers resolution of potentially down to the level of several microns at centimeter depth, offering great promises for a wide range of clinical applications.

A number of groups across the world have demonstrated ultrasound super-resolution using microbubble contrast agents, and produced compelling super-resolution images of tissue microvasculature in vivo in various organs. In the talk I would first introduce microbubble based super-resolution ultrasound and its recent progress, followed by the challenges in its in vivo applications including the tradeoff between temporal resolution and image resolution and signal to noise ratio. Due to the requirement of sparse distribution of the contrast agents to allow for individual agent localisation, significant data acquisition time typically at the level of multiple seconds to tens of seconds is required to build up a single super-resolution image. I will then introduce a new approach, Acoustic Wave Sparse Activation and Localisation Microscopy (AWSALM), which mimics the optical super-resolution techniques such as PALM and STORM, by using acoustic switching of phase change nanodroplets for fast super-resolution imaging. In this method high concentration of the phase change agents can be used, which are initially silent to ultrasound. These agents can then be activated by ultrasound to become microbubbles, and the ultrasound parameters can be turned such that only a small sub-group of these agents are activated at one time to enable sparse localisation. As such agents can be switched on and off by ultrasound at its pulse repetition frequency, a super-resolution map can be generated much faster than the existing microbubble based approach. I will present our efforts in the development and initial evaluation of the technique in vitro and in vivo, and discuss future directions. 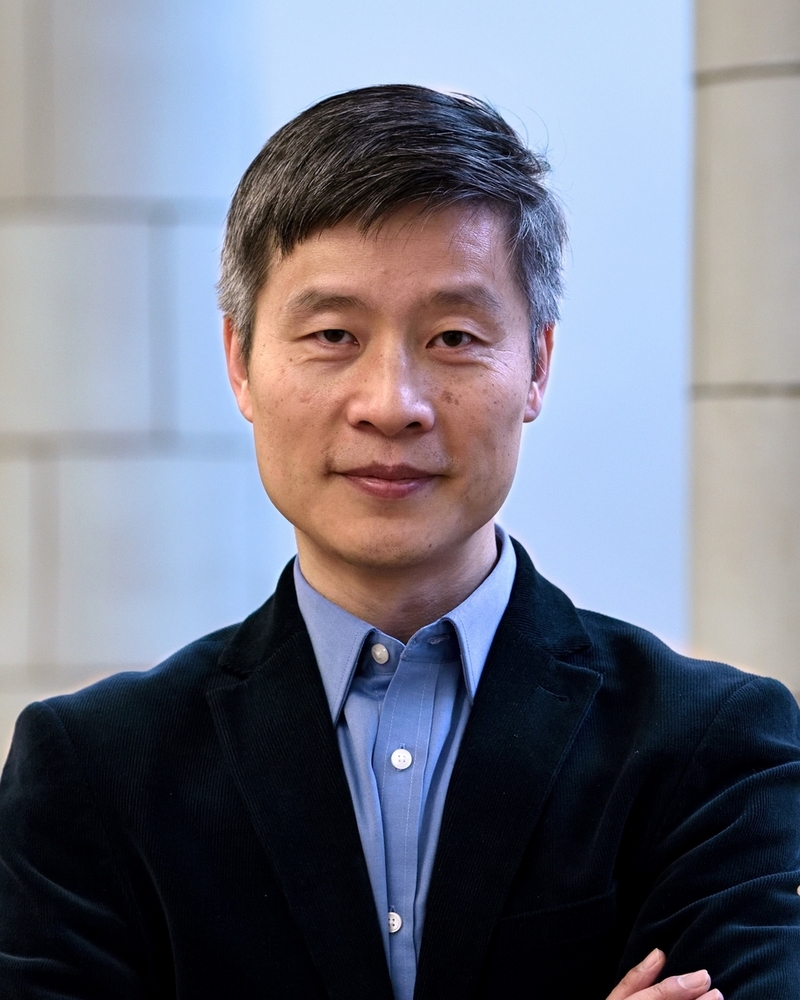 Meng-Xing Tang is a Professor and Chair of Biomedical Imaging with the Department of Bioengineering, Imperial College London. He joined Imperial in 2006 after spending four years at the Oxford University Medical Vision Laboratory as a postdoc researcher. He founded the Imperial Ultrasound Laboratory for Imaging and Sensing (ULIS). Currently his research focuses on developing new imaging and signal processing techniques, particularly in conjunction with contrast agents, to push the boundary of ultrasound image resolution and contrast, and explore their applications in cardiovascular diseases, cancer, and neurology. He also has a keen interest in ultrasound computed tomography. He has authored over 100 peer-reviewed journal papers. His research has been generously funded by the U.K. EPSRC, NIHR, Cancer Research U.K., the British Heart Foundation,  the Wellcome Trust, and the Royal Society. He is an Associate Editor of the IEEE TRANSACTIONS ON UFFC.