Thank you for attending IEEE IUS 2020! Content will be available through September 30 for registered attendees.

The Proceedings with the full papers will be sent out to registrants by the beginning of October.

The safety and well-being of our participants is our priority. With the continued resurgence of COVID-19 within the State of Nevada, in particular Las Vegas, along with the city’s prohibiting large or even moderately-sized public gatherings, it makes it an impossibility to hold the in-person event as originally planned.

The organizing committee is moving 2020 IEEE IUS to a fully virtual conference which will take place September 6 - 11, 2020.

This format allows us to still come together to learn, idea-share, and gain insight into the latest innovations within the ultrasonics field, and ensures that the current landscape does not hinder anyone’s ability to participate.

For the best overall attendee experience in an online setting, we will be using CONFlux from Conference Catalysts as our primary portal and delivery mechanism for video. To ensure a rich experience for poster presenters, ePosters from Kubify will deliver content through the CONFlux portal. The ePosters format has extensive options for video, audio and data which will enhance author – audience engagement. Information and support on utilizing these tools will be made available shortly. We look forward to seeing how our attendees use these new delivery mechanisms, and will be instituting a prize for the most innovative use of the medium.

We hope you’re as excited as we are at this opportunity to explore new ways of interacting with our community. We truly expect that the legacy of this event will lead to improved accessibility in our Symposium’s future and we warmly welcome your support and enthusiasm.

If you have any questions or need additional information, please email us for further details: 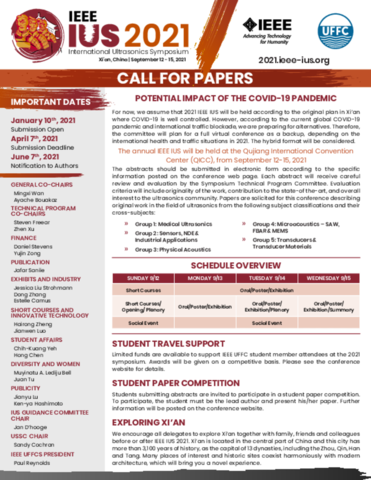 IEEE IUS will now be held as a fully virtual event. The live sessions will take place in Pacific Time (PDT).

The IEEE UFFC Society is committed to cultivating a diverse professional community. By taking part in this survey, you can help us learn about the makeup of this symposium, and ensure that future UFFC-S events are inclusive and representative. View Diversity page. 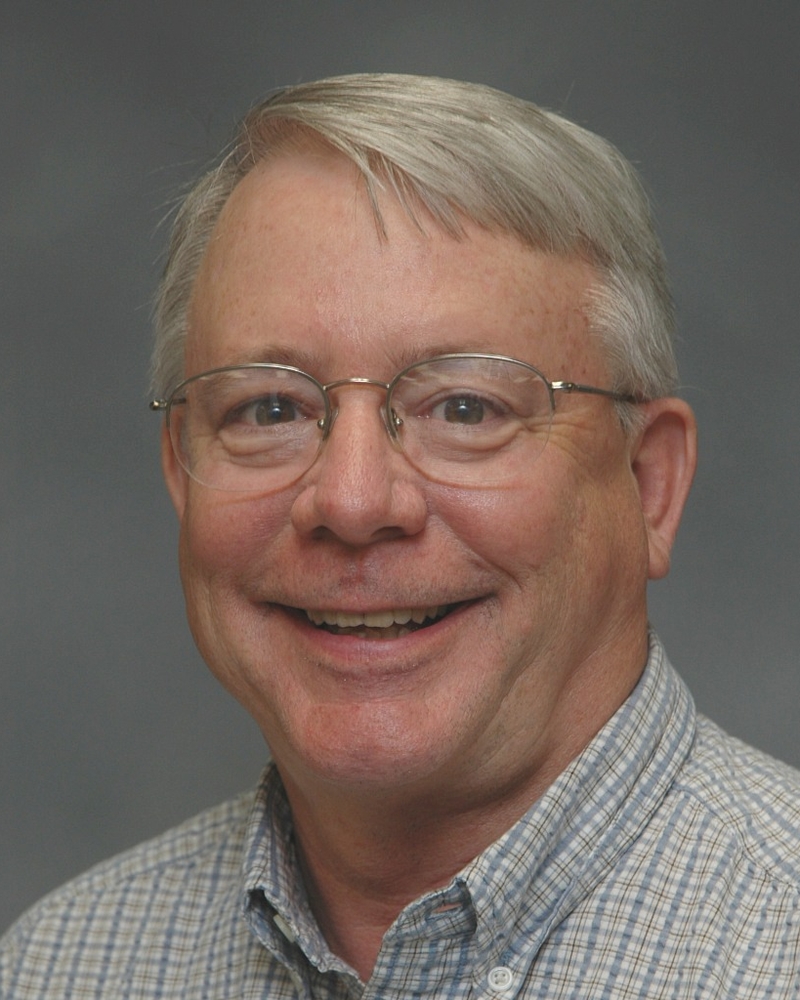 David Tanner’s research interests are in particle astrophysics and in condensed matter experiment. This research has been supported by NSF, DOE, the Heising-Simons Foundation, NASA, and ARPA. He is the author of more than 700 scientific papers, has graduated 50 Ph.D. and 19 M.S. students, and mentored 40 postdoctoral scientists. He is the recipient of the APS Frank Isakson Prize for Optical Effects in Solids (2016) and shared a Special Breakthrough Prize In Fundamental Physics (2016, with 1015 others in LIGO) for the discovery of gravitational waves.

The Laser Interferometer Gravitational-wave Observatory (LIGO) collaboration completed the two Advanced LIGO detectors, one in Washington State and one in Louisiana, in early 2015. Each LIGO detector is a Michelson-type interferometer with arm lengths of 4 km (2.8 miles), acting as a very sensitive laser rangefinder measuring the distance from a central vertex to mirrors 4 km away.

By August 2015, the two detectors were working well, only a bit short of their designed sensitivity (as is normal at the early stage of such a complex project). The laboratories were scheduled to begin an observing run in late September 2015 and to continue this run into January 2016.  In the early morning of 14 September 2015, while conducting engineering studies of the detectors, a strong transient signal was observed.  Online analysis flagged this event 3 minutes after it was received. In February 2016, the collaboration announced that LIGO had observed gravitational waves from a binary black hole merger.

Two black holes, each about 30 times heavier than our Sun, orbiting each other much as the moon and Earth orbit each other, lost orbital energy by gravitational-wave emission and crashed into each other, forming a single, heavier, black hole. The emission briefly became as energetic as all the stars in the Universe. Since this Nobel-prize-winning discovery, almost 70 similar events are in the catalog, both black-hole and neutron-star mergers.

The University of Florida built the input optics for both initial and Advanced LIGO and has been carrying out online and off-line data analysis for generic gravitational wave transients in the LIGO data stream. This, the detections, the current status of LIGO, and the prospects for the future will be discussed.

All attendees active in the technical areas of the IUS are invited to participate in a virtual networking event. We will be discussing strategies for visual and graphical communication of research.

Felice Frankel will be giving a talk on scientific illustration and visual communication. Felice Frankel is a science photographer and a research scientist at the Massachusetts Institute of Technology. She has extensively worked on developing new approaches to promote the public understanding of science through visual expression. We will have breakout sessions where we will work on the visual representation of our research. We will work on creating a graphical abstract for our next paper or thesis dissertation.