Las Vegas is located in Clark County, in the southeast region of Nevada, US. It is the only major city in the American West to have been founded in the 20th century, Las Vegas grew from a tiny, desert-bound railroad service centre at the outset of the 20th century to the country’s fastest-growing metropolis at century’s end. This transformation—made possible by a combination of shrewd entrepreneurship, access to water, an extensive transportation network, and permissive state laws—has created the city now often known simply as “Vegas,” a place of vast casinos, elaborate hotels, and spectacular entertainment venues that attracts masses of visitors from throughout the world.

Las Vegas continues to build upon its reputation as a vibrant showcase for the extraordinary. This is the city that attracts nearly 43 million visitors a year by offering the grandest hotels, the biggest stars in entertainment, the highest caliber of award-winning chefs and master sommeliers, and, of course, the brightest lights.

Within the city stand the largest glass pyramid in the world; one of the largest hotels in the country, with more than 5,000 rooms; and one of the most expensive hotels ever constructed, the Bellagio. The area along Las Vegas Boulevard and its adjoining near-downtown streets—the famous “Strip”—is the “City Without Clocks.” 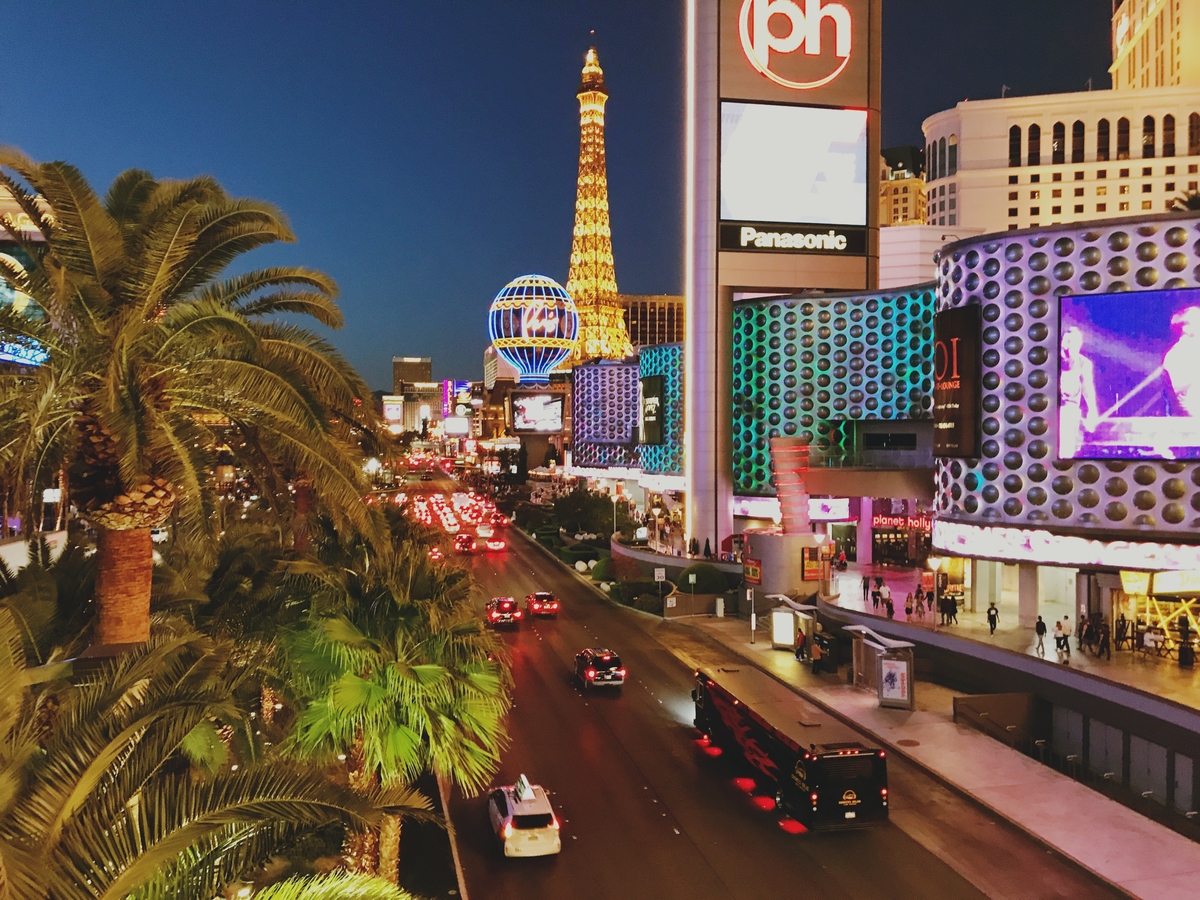